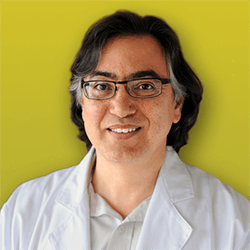 Richard Fuhler, MD is a native of Arkansas, the final landing station for his dad’s military career.  After finishing high school he went on to the University of Arkansas, Fayetteville for a B.S. in physics and mathematics.  School loans and an interest to get out of small town America lead to an adventure living in Los Angeles, CA.  After working as an antenna design engineer for land, sea, and airborne radar he returned to Arkansas for medical school.  He earned a MD degree from the University of Arkansas for Medical Sciences.  His education was continued at Barnes Hospital, St Louis, MO for internship and residency in internal medicine.

Dr. Fuhler has been in private practice in Missouri and Illinois.  When a chance to practice in Alabama arose, he jumped at the opportunity.  Now a firm transplant to the gulf coast he is thrilled to join Focus and add ADHD specialization to his practice.

A resident of Mobile, Dr. Fuhler enjoys the beautiful area walking his dogs Abby and Sam.  Other hobbies for the gulf coast include cycling, diving, sailing and supporting local artists and performances.

I’m scared to give any other medication with my child’s ADHD medication Here at the end of October, we’re kicking off cold and flu season and a lot of parents are scared of when their child gets sick because they…

I’ve read that ADHD medication can make my acne worse Now that’s scary! It’s a little less common, but while we’re on the subject of skin, let’s talk about acne and ADHD medication. Teenage patients certainly fear anything that may…

I’m Afraid that ADHD Medication Will Hurt My Child’s Sports Performance I forgot one thing that some parents fear about stimulant medication, and that is that they can sometimes seem to affect sports performance in an adverse way. In general,…